About a month ago it occurred to me that I carry a super computer in my pocket. My phone, that is. It’s a smart phone that connects me to the world and offers me every little bit of information from anytime in history, much like a community garden – all knowledge ripe and for the taking. And the phone is powerful. I can pinpoint my friend’s exact real-time location, no matter how far away from me he or she lives. I can record music. I can film movies.

With fresh eyes, then, (the unlimited potential of my phone revealed to me), a query clobbered my restless mind. What if the ’90s version of myself were to get ahold of an iPhone? What would I have done with it?

What if I were to film the most boring moments of my life and then try to make them interesting?

I’m sure there are many movie-making apps available to the mass public. iMovie, for instance, is probably the most popular (I have some familiarity with the desktop version). Adobe Premiere Clip, however, happened to get in front of my face at the right time. This powerful video-producing app allows you to record, edit, add music, adjust tone and color — all from your phone. END_OF_DOCUMENT_TOKEN_TO_BE_REPLACED

Initially, this blog post was a ten year retrospective of the 2005 indie/alt rock music scene, like a reunion of sorts. I was going to pun Gross Point Blank and we would’ve had a great time. Kings of Leon, Acceptance, and Bright Eyes were all going to be on this list. But when I finalized my top ten choices, I realized that five out of ten albums all came from the same indie record label: The Militia Group. So here we are.

Let’s reminisce, shall we?

Once upon a time — when Dashboard Confessional ruled the earth — there was an edgy little record label out of Orange County, CA called The Militia Group (TMG). Their roster of bands lay somewhere in between what you’d hear on, say, Drive-Thru Records and Tooth & Nail.

For their origin story, you can visit Wikipedia (or this blog). What is appropriate is this: TMG started signing bands and releasing records in 2000-2001: Rufio, The Lindsay Diaries and Noise Ratchet (a personal favorite) were some of these early artists.

Most of TMG’s roster is now gone and left forgotten in the used bin of your favorite closed-down record store, but you might recognize some of the bands that hit major label success: Copeland, Cartel, Acceptance. Back then, there was an intensity in the music that TMG was signing. Noise Ratchet, for instance, was angst-fueled and Christian emo, i.e., perfect. Unlike the deliciously glossy (Sprinkled) Tooth & Nail releases, TMG was a little more unrefined, a little riskier.

They broke into my scene with Copeland’s debut record, Beneath Medicine Tree. We had known of love songs, and of rock songs. We had worn our hearts on our sleeves. But back then, when I was in high school, there wasn’t a better record you could buy. Beneath Medicine Tree did everything we wanted in an album, including the stuff we were afraid to admit we wanted: it taught us about the beauty in pain. It was thought-provoking and refreshingly transparent.

TMG was gaining momentum and we were all paying attention. When 2005 hit, this tiny record label stepped up big. It was a perfect storm and the timing was right.  END_OF_DOCUMENT_TOKEN_TO_BE_REPLACED

Hold on to your hats, or bifocals, I’m trying something new. This new thing, it’s called Media-thon Monday.

The goal is simple: to devote a spread to awesome art/media finds and/or pop culture. While I don’t ever see myself breaking into the pop-culture blogosphere (nor do I wish to), it’s my blog and I can post if I want to.

Depending on discipline, demand, and response, the frequency is yet to be determined. On with the show… 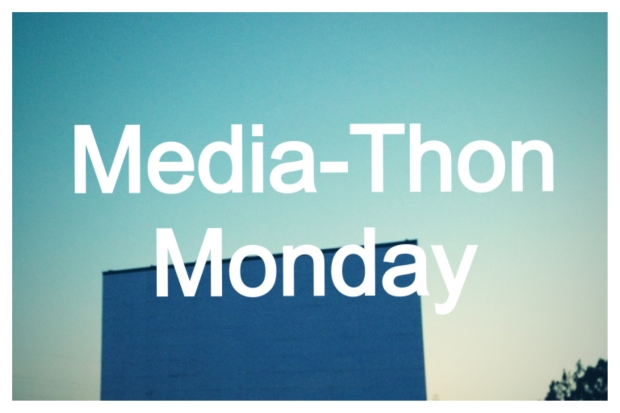 All of my close friends know how obsessed I am with this Denison Witmer guy. He was the first to inspire me to sing and write songs of my own on the acoustic guitar. He has a new self-titled album out, which you can stream for free on bandcamp. So far, my favorites are “Born Without the Words” and “Constant Muse.”

Iron Man 3 was fantastic. Megan and I saw it at the Sunset Drive-In in San Luis Obispo this weekend. I was floored. (Drive-In joke?)  I’ve heard fans claim 3 as their favorite Iron Man of the franchise. I’m not sure I agree—as the first installment holds a special place in my heart—but the argument is valid.

For me, the pacing of the film made the storyline a little hard to follow. I wasn’t as big a fan of Guy Pierce as everyone else seems to be; he was good, not great. Robert Downey JR. was the man, as usual. There was a great twist (which I wont spoil) and it genuinely surprised me. No small feat these days in Summer/super hero movies. Go see it, you’ll love it! 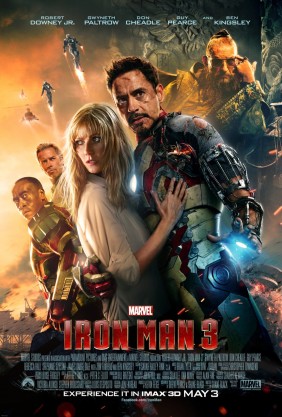 I would never use it; I would probably break it; still, I must have it. The first time I watched this video straight through, I felt like I awoke from a coma. Then I watched it again. It’s strangely soothing and addicting, no? Just me? … I was just.. joking.

Uh…hem. When will the Japanese invent what we really need: a scooper for mash potatoes off of t-shirts!

My Uncle Steve plays drums for The Scarlet Furies. This live performance video, filmed at a show in Pennsylvania, is just fantastic. It’s a cover of “I Put a Spell on You.” Check it out!

Well what did you think? Should I continue with Media Mondays, or has this dead horse been turned to glue? Did you see Iron Man 3; what were your thoughts? For any interested, I also posted a new song on my Music Career page. Check it out, it’s called “Beyond Measure” and it’s weird.

For those of you who can’t get through the holidays without reading someone’s opinion on insignificant products in regards to the wide spectrum of life, here is my “best of” list.

Really though, I believe it’s a healthy practice to look back on oneself at year’s end. Rediscovering and reflecting over what I’ve spent my money, time, and ears on over the course of a year is something I’ve always enjoyed.

Now that it’s almost over, were the things my heart desired worth all the fuss? Did it last more than two weeks in my Ipod? (Yes I’m still rocking an Ipod, not Ipad, Itouch, or Iphone. I’m cool like that).

As I get older, I find myself not purchasing as much music or seeing as many movies as I used to. So this year, I decided to include some other things I’m starting to enjoy, including but not limited to: beer, old vinyl records, as well as disappointing albums that made me want to punch walrus’ in their teeth. END_OF_DOCUMENT_TOKEN_TO_BE_REPLACED