In the age of social media (read: barrier-less entry to digital publication), our end-of-year world is overran with a bevy of bovine best-of lists that subjectively say nothing about music or art. I have often considered forgoing the practice. But truth be told I am a man of traditions and patterns. Since 2010 I have been making such subjective lists and cannot turn back now.

But I do promise to simplify.

This year, I’m talking just music and TV. (If you find yourself curious about the books I’ve read this year, however, follow me on Goodreads (Goodreads is still a thing, right?)).

2016 was a weird year for mainstream music. Rock was fueled primarily by mega-bands from previous decades (Blink 182, Green Day, Metallica), hip-hop spent its social currency on Kanye West drama, and pop-music decided to just wait it out for a new Taylor Swift album. Beyonce, I suppose, did something interesting with pop music, but there isn’t much else to hear. Where mainstream music failed, indie-music (used here as a sweeping genre) and new independent artists (across all indie-music genres) soared.

With Apple Music and Spotify and Amazon Music and now Pandora Unlimited — streaming services becoming commonplace for the listener — there’s little excuse to miss out on all this great new music. But these tools don’t make keeping up any less overwhelming. In fact, having access to everything, I find, makes it worse. At the end of the day, you have to find what works for you — those albums that connect from start to finish and demand repeat listens — and fit in the other stuff when you can.

So what are my favorites from the year? There are many reasons that the following list of albums stood out to me as “favorites” (originality, longevity, boldness) but the best metric is this: I refused to delete their files from my phone.

Full disclosure: Before this album I had never listened to Neko Case, K.D. Lang, or Laura Veirs. Unintentionally, of course, I just never got around to their various catalogues. I mention this fact to point out that I lack any sort of ‘favortism bias’ when celebrating this supergroup’s record. Rather, it was the thoughtful songwriting, the great melodies, and the cohesive-and-satisfying album atmosphere that grabbed me. I continue to return to it. 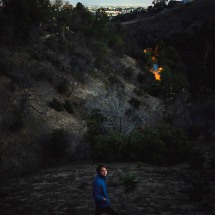 I reviewed this album earlier in the year, and for more complete thoughts you can check there. But everything I wrote I stand by: “Play it on a night drive through the mountains, at a party behind the chatter, in a room with just you in it. Sit on a coastline and watch the storm come.”

Looking forward to whatever Morby goes next. (Hopefully that includes a tour through Washington state). 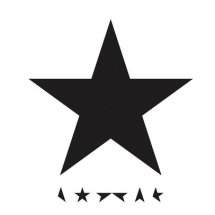 One last time, David Bowie left the earth. In his wake he left behind one of his most intriguing, challenging and innovative albums of his catelogue. It’s brilliant, jazzy, dark and sexy. And no: it’s not the sentimentality and grieving talking: Blackstar really is a masterpiece.

Thanks, David. You were one of a kind. 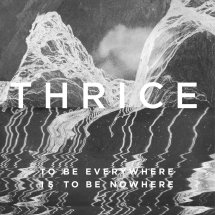 Thrice – To Be Everywhere Is To Be Nowhere

Thrice took some years off and whatever they did during that time seemed to work. The screamo/emo/post-punk veterans returned to not only reinvigorat themselves, but their tired genre. TBEITBN is not just a comeback record, but one of their best. “The Long Defeat” is my fav, but “Black Honey” has to be one of the best rock singles of the year. Also, “Blood in the Sand” gives me chills every time. 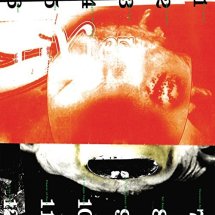 2016 was the year I finally got into The Pixies, and holy crap, is Head Carrier a fun record. From the brazen bite of “Baal’s Back” to the cheeky tongue of “Classic Masher,” The Pixies push their retro-punk for 33 minutes without sweat or sign of age like it’s 1988. Lyrically, the record makes no sense, but if anyone can pull that off it’s The Pixies. In fact, I think my favorite line of the record (which sums Head Carrier up pretty well) comes from “Talent,” after a big, catchy chorus and right before a punching guitar solo, when Frank Black moans: “I don’t know.”

The songs below comprise my playlist for the year’s best, but come in no particular order.

This song is killer for so many reasons. Here are a few: 1) It’s fierce, 2) It’s bizzare, 3) It’s unlike anything else on the album from which it comes. I love it.

Kevin Morby – “I Have Been to the Mountain”

I went back and forth on which Morby song I was to include on this list, and truth be told, the issue is still not settled. But for now, check out “I Have Been to the Mountain” — one of the most innovative and imaginative rock singles in quite some time.

There is something about this tune that I just love. Maybe it’s the guitar lead, or the mid-tempo swell, or Dustin Kensrue’s melodies. Or maybe it’s the satisfying feeling of all those components working together. Then again, maybe I’m just a sucker for whatever Thrice does.

Like Morby, I struggled with which case/lang/veirs song to include; they’re all so good. Most mention “Atomic Number” when referencing the album, but I’ve always been drawn to more catchy choruses, so I settled on “Song for Judee.” Yes, it’s catchy, but there’s also real depth there. It truly is special.

The Gaslight Anthem singer has always been a hopeless romantic. On his debut solo record (which I consider pretty good), “Nobody Wins” shines brightest. It’s sad, nostalgic and yet hopeful: a love song for the love that never was.

Margaret Glaspy – “No Matter Who”

There’s a point in “No Matter Who” when — no matter where I am or what I am doing — I will physically start clapping. If you know the song then you know what I mean. I like to characterize Glaspy’s raspy sound as violet — i.e., the blues with a little red.

A Moon Shaped Pool is Radiohead’s latest enigmatic record, and it’s a worthy addition to their catalogue. “Present Tense” might not be its best song, but it’s the one I most seemed to gravitate towards. Here’s a super cool, stripped down version with Jonny, Thom and a drum machine.

I’ve come to terms: I will never catch up on television. Don’t talk to me about Game of Thrones, I haven’t started it. Or Westworld — I’m getting to it, okay? Or The Americans or The Affair or Black Mirror or Mr. Robot. Wait, sorry, I’ve actually seen Mr. Robot.

If I’m lucky I’ll get to watch all the Marvel shows on Netflix — I think I’m still behind on Daredevil. (This is called establishing credibility, am I doing it right?).

Limiting myself to three, here are my favorite shows from the year.

Truth be told, I was disappointed to hear that there will be a season 2 with the same characters. Not only did I think season 1 was a complete story (and am hesitant about them recapturing the same magic with the unreachable high expectations that comes from the world watching), but I wanted to see what the Duffer Bros could do with a different story and set of characters (think Fargo). That said, I will be there, ready to binge, on opening Netflix night.

Would you leave your religious cult if it meant also losing your family? That’s what Eddie Lane (Aaron Paul) must decide after losing his faith. There is something so bizarre and yet so familiar about Hulu’s The Path (anyone who grew up religious — cult or mainstream — can agree). Aaron Paul has never been better an actor (I really do mean that), and Michelle Monaghan and Hugh Dancy aren’t too far behind.

I was happy to hear about Season 2 in January and hope this time around the show can catch a little more buzz.

Here’s another incredible show that no one seems to really talk about.  Patrick Stewart stars as the eccentric cable news anchor Walter Blunt who gets in a bit of trouble and comes out the other end with renewed vigor and purpose. As great as Stewart is in this role, Adrian Scarborough steals almost every scene he’s in as Walter Blunt’s man servant, Harry.

It’s not a perfect show, by any means — so many stupid subplots, so little time. But even when the show occasionally gets off track, the writing remains smart and scratches an intellectual itch (e.g., there’s a wonderful Macbeth reference thrown into a chaotic scene in season two that’s easy to miss if you’re not paying attention). Ultimately, I frequently find myself laughing out loud, which is something that most of today’s “comedies” forget to actually have me do.