You know Cleveland. Don’t you? The setting for The Drew Carey Show, a rival city for Liz Lemon in 30 Rock, Ted’s hometown from How I Met Your Mother? Yeah, that one. Don’t be fooled, Cleveland is more than a plot device and setting for network TV sitcoms; it is a real town, albeit slightly magical, tucked away in the Midwest (Midwest? Is that what you call it?) on a Great Lake.

Fantastic food, clean city, friendly people, three sports stadiums (in town) and blocks away from each other. Cleveland is wonderful. In fact, it may be one of my favorite cities in America. There, I said it.

Last weekend, my wife, my visiting brother in law, and I traveled to Cleveland for the Rite Aid Cleveland Marathon. I was initially scheduled to run the half marathon with my wife, but my knee decided to be a bastard on me. Since, I have played the role of supporting spouse for my wife who thrashed the Hell out of that half-marathon. Boom! I couldn’t be prouder of her. She was great. Running a half-marathon is hard enough, but doing it by yourself is something I’m not sure I would have the wherewithal to do. Three cheers for my wife!

Among my favorite highlights:

END_OF_DOCUMENT_TOKEN_TO_BE_REPLACED

10 states, 36 driving hours, and upwards of $40 of toll-road fees later… WE MADE IT TO ROCHESTER!!! There was no better feeling than the one we experienced early Wednesday afternoon. Yes, we were tired. Yes, the car smelled weird. Yes, I’m convinced if I had to take one more rotation of driving I would’ve revolted with vomiting and God knows what else.

But we made it. 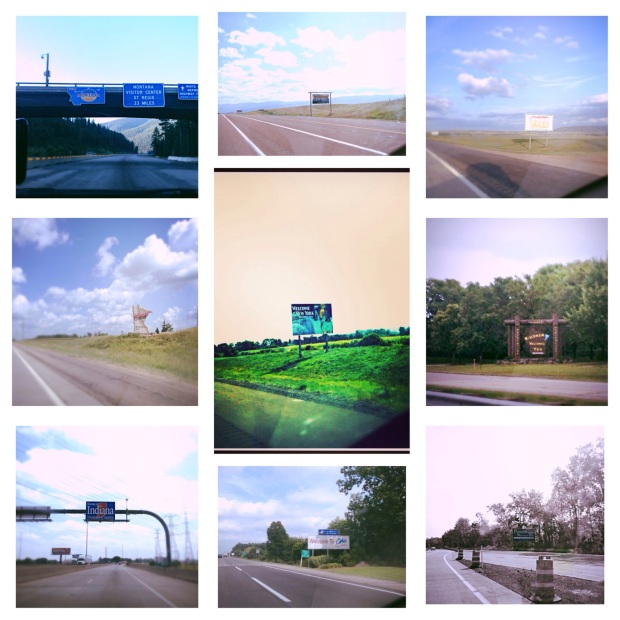 Illinois (to be even more annoying) had no welcome sign due to road construction.

Truth be told, we had fun. The road trip, though troubling and challenging at times, has given me memories and experiences I will cherish my whole life. My wife has an incredible person to travel with; I’m spoiled to have her.

I’ve already written an update in the form of “Brave New World: Days 1 & 2.” Here’s a recent batch of lessons I’ve learned from the road.

1. Toll roads. Holy geez. If you’re driving through Illinois (ill-annoys, as I’m calling it), Indiana (indy-and-I’ll-take-your-money), or Ohio (nothing clever, sorry), be prepared to have cash. Better yet, get one of those I-Pass or EZPass things. It’s cheaper and faster, apparently. Well, that’s what the sign said every other quarter-of-a-mile.

2. 30 Rock didn’t lie; Cleveland is incredible. Megan and I were both very impressed—despite our grumblings from having to pay to exit the freeway, stupid tolls—in the Ohio big city. It was clean, friendly, and safe. We passed two Irish themed restaurants (ate at one of them) and saw a couple other buildings offering corned-beef year-round. I could live there.

3. It’s hard to relax after a long drive, especially when your new apartment has no furniture. Yes, we were thrilled to be “home.” Unfortunately, “home” has no “furniture.” It is beautiful though. Check it out! (We have just an apartment, not the whole house). 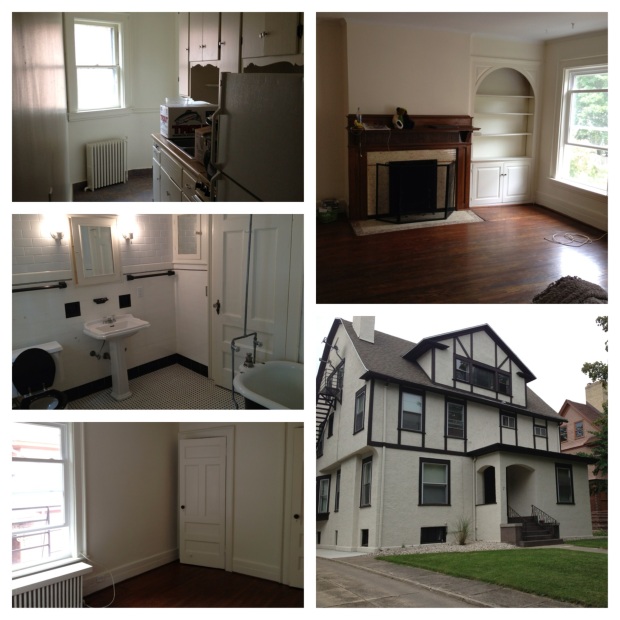 Any readers with Upstate New York experience who have a little advice to give? Restaurants? Jobs? Furniture? … Furniture???

It’s June 5th; this means we have 25 sunny (foggy) days left in California. Time has been flying. I didn’t quite realize how fast it was flying until June 1st came around. Really? It’s June???

Five of our six California months have been spent. Geez… In a few days we’ll be flying to Rochester to look for places to stay. When we get back we’ll have another couple weeks here; sooner or later, though, July 1st will roll around and I’ll have to say goodbye to all my California friends and family once more.

July 1st we drive back to Idaho to square up our belongings; sometime in August we’ll make—what I’m dubbing—The Great Drive.

(Confused? About Me is a good place to go to catch up)

About four years ago I left California for Coeur D’Alene, Idaho. It was there I met my wife, started school, and got really cold. Originally, I was looking for a change of pace. I used to say, “God called me to Idaho;” truthfully, our signal has never been that strong. I just sort of ended up there.

Every time I leave California, whether it be a weekend visit, six month stay, or major life move, I’m reminded of the friendships I have here. The term friend doesn’t really cut it as much as the term family does.

There’s times where I feel just as connected to Randall, Patrick, Scott, Justin, Timmy, both Aaron Boyds, as I would my own brother or sister. Generally, these people have always been there for me. As I get older, I realize how much I’ve taken them for granted. These goofy, weird people.

When I was younger I assumed the world existed for my benefit. I thought my friends were suppose to be some sort of accessory—something that benefited me in the way I talked, looked, and spent my time. Consequently, I took way more than I received.

Remember that episode of 30 Rock where Liz Lemon dumps all of her problems on to Kenneth, and then Kenneth goes crazy and needs therapy? I think that’s what I did to the majority of my friends. I really wouldn’t be surprised if they were all in therapy.

My friends have stood by me all these years, despite my selfishness. I hope I will get the opportunity to stand by them someday.

We’re starting to get a little older; responsibilities are starting to pile up. But when we get together, we still laugh as much as ever. We pick up right where we left off and I feel at home.

I guess, what I’m getting at, is that I don’t want to leave my friends again. I know that I’ll have to, but this time it wont be as easy.

A few photos, recent and old. I guess I’m being emotional or something. 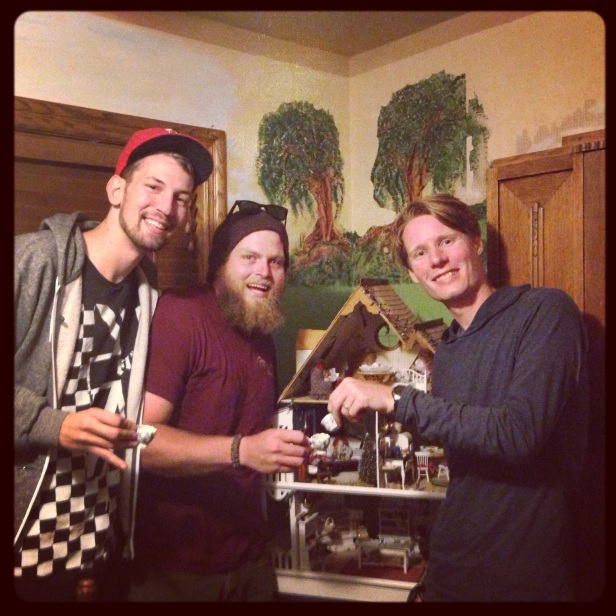 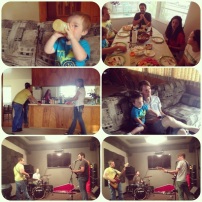 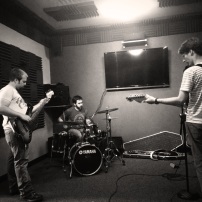 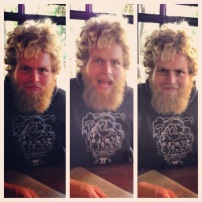 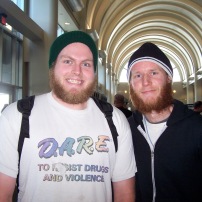 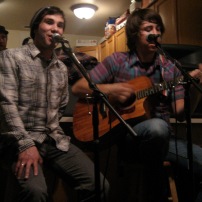 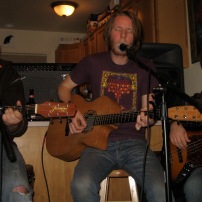 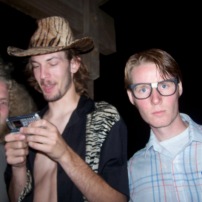 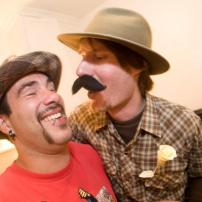 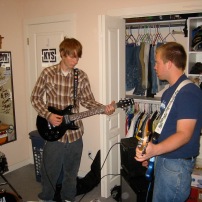