That statement may mean nothing to you, but to me, it’s everything. See, my memory is not what it used to be. (Of course, how would I know?)

Maybe my memory was always lousy. Maybe I didn’t eat enough pistachios as a kid. I’m not trying to be melodramatic; I don’t think there’s anything medical going on. The truth is that my friends will reminisce, or my wife will remind me of some place we visited a few years back. I will eventually recall, but the memories must be coaxed, primed. It’s like turning a page in a novel with two pages stuck together: I just need a minute to get them unstuck.

But music? Now that’s something my memory can get behind!

SIDE NOTE: My theory is that since everyone around me has always had amazing memories, I never felt it necessary to encode much to long-term. I saved this brain power for much more important things, like charming women and learning guitar.

Concerning concerts, I can tell you who I’ve seen, how many times I’ve seen ‘em, and which song stuck out the most. I can hack any musical memory and transport myself back to the venue, where all of a sudden I’m wearing the moody, black emo-clothing of my high school years, and I’m praying to God that the drunk stranger standing next to me will stop singing so damn loud.

Fair warning: they say every time you access a memory, you alter it. With great trepidation, then, I’m going to go ahead and access a memory for you — a really, really fond memory, one of my favorites — knowing that I might wreck it in the process. Wish me luck.

*Closes eyes, knocks on the door of his mind palace* END_OF_DOCUMENT_TOKEN_TO_BE_REPLACED

Formal Opening: This esteemed, academic discussion will argue that The Avett Brothers are to live music as Breaking Bad is to television drama: elevating the craft and challenging the accepted paradigm through optimal songwriting and storytelling, employing a diverse range of genres, effectively executing dynamically positioned theatricality.

Relaxed Opening: I saw The Avett Brothers for the first time last night, and they were freakin’ awesome!

The Avett Brothers made a stop here in Rochester to promote their new album, Magpie and the Dandelion; however, brothers and co. primarily performed older material from Emotionalism and I and Love and You. END_OF_DOCUMENT_TOKEN_TO_BE_REPLACED 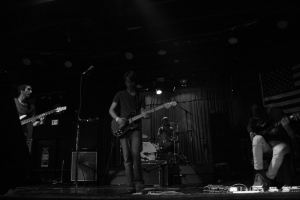 There was this one bathroom stall, I don’t know, typical for a bar I guess. It was dirty and wet and always out of toilet paper. The seat was wobbly and of course the latch on the door was broken. You had to prop your right foot against it just to keep it from swinging open. There was trash everywhere also, which I got used to. But the pint glass on the floor next to the toilet, that was different. Sometimes half filled or maybe just a drink left. Who brings this in here, I’d think. Was it some community pint I didn’t know about? Was it even beer in the glass? I found it best to be cautious.

This bar I spoke of, the one with the bathroom, it was called The Hole. Planted firmly in north Idaho, which is where I grew up. You never forgot a place like The Hole. Smoky, dark, uncouth. Every town has one I suppose; that place where so-and-so got stabbed. It was five miles outside town so there were plenty of rumors. City gossip led us to believe the bar had its own zip code. Other rumors told of the building being burned to the ground… twice.

After the last reconstruction they apparently built in a stage, put in lights and a pretty decent sound system. With the landscape for local music the way it was, The Hole became the only full functioning music venue around. So if your band wanted to play live there was only one place to go and you didn’t tell your mother.

You get in, you get out.

Convincing friends to show up was always a chore. If they were brave enough to come, they’d end up hours early as The Hole kept its own version of time. If the schedule said 8pm, you played at 10pm. The band with the ill fate of closing performed sometime around 2am to empty chairs. There was a bit of a learning curve but you got used to it. Bikers would sometimes fill the seats and keep the room saturated in smoke and insults. It was better than nothing I suppose.

The bartender, he was something else. He was an older guy with long white hair and a beard to match, tall and skinny, always wearing glasses and the same black beanie. Word around the bar claimed him the owner but you could never be too sure what was fact and fiction around there. Anyways, you’d ask for a beer and he’d give you an ear full of stories about his youth, or the seventies, or his favorite bands. His tales were hard to hear with the music so loud so you just had to smile and laugh when it seemed appropriate. I remember when I’d get off stage he’d immediately try to sell me tickets to other shows:

“You should come back tomorrow,” he’d say, “tickets only five bucks!”

It sure made you feel different, transforming from performer to audience so quickly. I felt used, but I know he meant well. He was just a different type of person. In his own zip code sort of speak. If we were lucky he’d give us thirty bucks before we left and we’d feel like we accomplished something. After all, accomplishments are rare in this line of work. 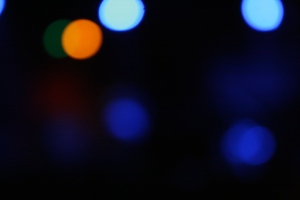 The real trick was to spend the evening avoiding the toilet. You needed a game plan. After once finding a dead fly at the bottom of my tequila glass, I decided to stop taking shots at The Hole. They served food there but I could never muster the courage. Pint glasses were a bad idea too considering the nature of things. Really anything that touched the house water was out. If you had to get a beer always get a bottle and never drink the tap water.

Somehow still, I always ended up on the toilet.

That bathroom though, I’ll never forget it. Not necessarily the toilet seat or the broken latch but its walls. They were painted in this overabundance of overlapping band stickers and phone numbers and awkward stains. It was like studying hieroglyphics when you went in there, or rather like stumbling across some great and awful mosaic.

The first time I saw it I laughed.  Some other people, I’d say, not me.

I had bigger plans. They were plans that could never settle for a bathroom wall. I’d invade the music industry and leave Idaho, only to return to play sold out festivals and arenas.

But that never happened. And every time I came back to The Hole, those stickers would stare straight through me. They tore me up with a cold realization, or rather solemn reminder, that I was no different. That I was apart of the fraternity rather I liked it or not. What a sobering feeling to get in the middle of a bar.

Every now and again I’ll drive by The Hole and pass it on my way to work. It depends on which way I go of course. Some times I’ll avoid it; other times I’ll seek it out.

One day, I finally mustered the courage and stopped in. It had been years. Inevitably, I found myself on the toilet staring at the wall, tracing my finger over stickers and stopping on names from my past. It was like some sad, sticky dichotomy of broken dreams and mild accomplishments, a yearbook of sorts.

What happened to the singer of Dead Fetus anyways? Is he still playing music? Maybe he’s taking blood pressure at a small walk-in clinic somewhere in Wisconsin. I don’t know. What about the drummer for Octagon Brain Fusion? I remember him. He probably got a PhD in something. He was smart… or… was that the bassist?

Some names were familiar—others weren’t. Those from a distance, the ones from out of town, they embarked on what they had hoped would be some great adventure. So they put all their money together and drove hour after hour and ended up in none other than north Idaho… at The Hole. They started late I’m sure. The bikers hurled insults and crushed their spirits. Before long they were running to the toilet, sitting on the wobbly seat next to the mysterious pint glass. And with all honest humility they slapped their sticker on the wall as if to try and accomplish something meaningful, something that would last.

As I once did, one smoky, dark night at the strange tavern with its own zip code. There are less prestigious alumni’s after all. At least I like to think so.

I went to a house potluck-party-social gathering thing tonight after work. It’s hard to describe because, well it just is.

A friend I’ve been hoping to hang out and jam with gave me an invite that I couldn’t resist. The 9-hour workday tempted me into bed, but I didn’t succumb. I grabbed the wife, a loaf of bread, a sweet potato and headed out the door.

It was at an old house in the middle of downtown, only a few blocks away from where my wife and I live. I never got a home address but I knew the general area and I knew what to look for: a picture perfect produce department VW Bus. And lone behold, there it was—parked on the corner of a picture perfect produce department house. As I parked, live music bled into the street and serenaded the surrounding houses. I had a feeling this would be fun. END_OF_DOCUMENT_TOKEN_TO_BE_REPLACED