The First Niagara Rochester Fringe Festival continues its Tricycle tromping path throughout the city of Rochester. I’ve come to terms: as a Fringe audience member, I’m never quite sure what I’m going to see. This weekend my limits were stretched. I was witness to SNL stand up, a laptop orchestra, an hour long, prop-free, one-man show and more.

A Little Business at the Big Top

A Little Business at the Big Top is a one man show, currently playing at the Geva Theatre and features accomplished performance actor David Gaines. He is a Fringe veteran who travels the world performing solo shows. Sans stage props, David Gaines prompts imagination. The man is pure electricity, the mime child of Steve Martin and Charlie Chaplin.

While at first, for me, the lack of dialogue and set design was a hard pill to swallow, but a few minutes into the show my brain filled in the details (like the food fight scene on Hook!), and all of a sudden the scene flooded in. I saw the circus tent, the animals, the tight rope. My imagination hasn’t seen this much action in ages. Thanks, David. It was truly magical! 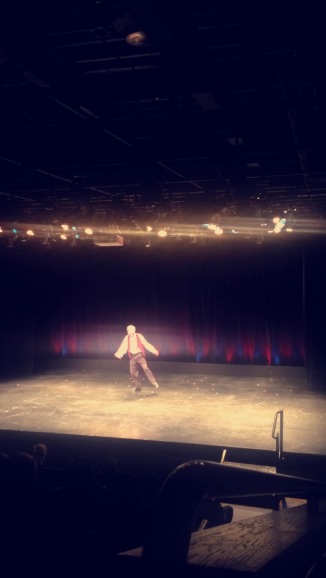 On the total opposite end of the technology performance spectrum was the Rochester Laptop Orchestra, hosted by Eastman and University of Rochester students. What is a laptop orchestra exactly? I’m still trying to figure that out. To the show’s detriment, composition explanations were riddled with enigmatic jargon that left me scratching my head. All this to say, I still had a really great time (even if I wasn’t always aware of what was going on).

The hosts incorporated ballerina dancing, drum circles, facial mapping, and more. Here’s a video of the orchestra creating music through genetic mapping. What were they mapping? A disease. Pretty cool stuff.

My favorite part of the performance was the facial mapping sequence: depending how the users would move their faces, piano notes would play. 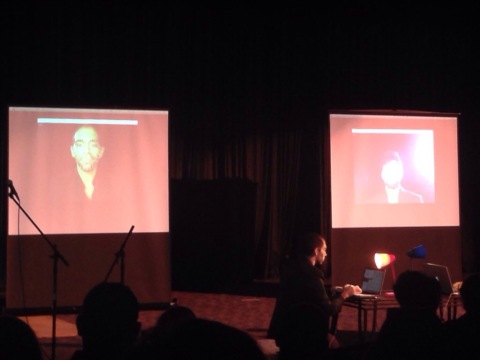 A break from technology, the laptop orchestra brought in the Yellow Jackets, a University of Rochester a cappella group, to perform a song. They’re always a treat to watch. (Excuse the video quality).

“Intrepid” Play at the GEVA Theatre

Leah Stacy, (585) Magazine editor, finally proves she can do more than she somehow already does. Stacy penned the remarkable, historical play, “Intrepid.” Documentary-ish in style, the play spans time and genre, covering a group of intrepid women who changed the face (and gender) of professional journalism for the better.

“Intrepid” was a SOLD OUT success and every ticket well deserved. The minimal set design worked well here, reminding us that the instruments of change are often the most accessible: chairs, buckets, paper, pencils and scribbled notes.

The cast, of course, was very vibrant and well chosen by Stacy; each actress held her own, summoning these forgotten trailblazers. I often wished I could get more out of each performance, if time were to allow it.

My biggest and only complaint: why only one performance? Why Leah? Whyyyy?

We all want more. We want to see the sequel, “Intrepid 2: Electric Boogaloo,” where these legendary women journalists fight space aliens and save the planet. If you don’t write it, Mrs. Stacy, someone will have to. 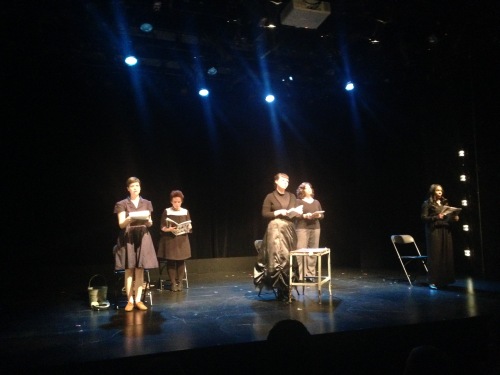 Like Quantum Leap, Pharaoh jumps from person to person without warning. His Seattle Seahawks Richard Sherman gag was amazing, and of course, Jay Z, Obama, Eminem, Dave Chapelle and others. Not only impressions, thankfully, his bits on “driving to find his car keys” and parental punishment were delivered with veteran’s stand-up skill.

Pharaoh may have been slightly outside his comfort zone on the 360 Stage in a carnival tent with a less-than-ideal interactive audience. But Pharaoh rarely let it phase him. He is a true performer above all else, and kept me crying with laughter from start to end. I think I may have even cackled. Sorry about that, everyone.

Also, check out these other great Fringe blogs at (585) Magazine.

“Sold-out shows and sand art: A recap of Saturday at the Fringe Festival” BY DANIELLE PREISS

“REVIEW // #theskinnyinside: The show played at Blackfriars on Saturday night” BY MADDY SMITH