The following is a guest post from my dear friend (and author!), Tony Roberts. Give him your full attention, class. To find out more about his new memoir, Delight in Disorder, click on the book-cover at the bottom.

Still Relevant After All These Years

My name is Tony Roberts.  I am a balding middle-age Midwesterner.

Some people having a midlife crisis buy Harleys. Some open meth labs. I blog.

As I approach the half-century mark of riding this roller-coaster called life, I look for signs that I’m still relevant.  At the top of my list of “Proof-positive that I am still hip” are three things –

While waiting for stage and screen, I got an invitation from Kevin — proving I’ve still got it.

Who Am I and What Am I Doing Here

I am a man with an unquiet mind and I have “A Way With Words.”  I’ve been following The Number Kevin for almost a year now.  I was here before Kevin’s rise to “Freshly Pressed” fame, back when he was a young pup sniffing his way around the blogosphere, writing with wit and raising compelling questions about life and faith.

While I like nearly everything Kevin writes, I have been particularly drawn to his clarion calls for Christians to be who we are called to be.  Having served nearly two decades in the Church, I’ve seen some of the best and worst she has to offer.  While I strongly believe we need the body of Christ to keep us alive in faith, the Church also needs to become better at honoring distinct body parts for their essential value and vital function.

In February of 1995, while climbing up the ecclesiastical ladder, I was struck by an apocalyptic vision.  Unlike John of Patmos, mine wasn’t from God.  It was a medication-induced psychotic episode and it landed me on a psych ward where I was told I’d never work in ministry again, my wife would divorce me, and I would spend the rest of my life in and out of hospitals.  Then, to boost my spirits, they handed me a crayon and encouraged me to “draw anything you want.

By the grace of God, and with the faithful support of countless friends and family, I served another dozen years in ministry.  My wife and I have been married (for better and for worse) over 23 years.  And I have come to enjoy a fruitful period of what my psychiatrist calls, “maintenance remission.”

A Memoir and A Mission

Having served in ministry with madness, I now have a mission – to join God at work in the world breaking down barriers and building bridges between the faith community and people wrestling with mental illness.  Many folks with mental illness are angry at God and have abandoned faith.  Some have been turned away by insensitive church folks who lack a compassionate Christian understanding of mental illness.  I live in both worlds and have experienced divine delight in the disorder of mind.  Now, I aim to share the hope I’ve found in Christ and foster a community of care embracing folks like me.

The first step of my mission is to share my story.  I have written a spiritual memoir.  With the help of editor Leanne Sype and graphic artist Nicole Miller, we are conducting an indiegogo campaign to raise funds for publication, increase awareness, and promote prayer for our mission.  We are well on our way to reaching our goal.  More importantly, beyond the numbers, God is doing great things to break down barriers and build bridges.

To learn more about my memoir and our mission, visit our indiegogo site – Delight in Disorder: Ministry, Madness, Mission.  Be sure to watch the video and listen to the music of Kevin’s band “The Function.” 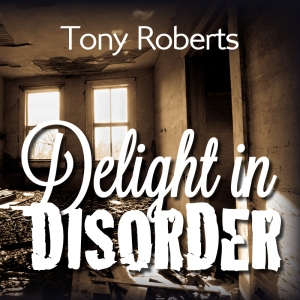 Now, in the spirit of The Number Kevin, let me ask you….

How might we best offer hope to those battling mental illness?

What obstacles do you see in the faith community that keep us from reaching out?

There was an error retrieving images from Instagram. An attempt will be remade in a few minutes.