The Super Bowl was last night. Boy, was that boring. What a let down! Even as a fan of Seattle (from the Northwest), I was still bored. As a die-hard Peyton Manning fan? Ugh, I could barely watch it. What’s worse, after it was over, the game permeated all my thoughts: brushing my teeth, dressing in pajamas, tossing and turning in bed, eating a midnight snack.

Poor Peyton Manning, in my brain like a mouse. Not just Peyton but his great year and his team—all the records they broke. Then I thought about the Monday Morning Quarterbacks, the anti-Peyton crowd, who with newfound passion will argue again whether or not Peyton Manning is “good.”

Finally, I feel asleep. It was peaceful. Honestly, I don’t remember much. However, when I woke up, the first thing I thought about was Peyton Manning. Poor Peyton Manning. What a miserable soul we both are.

Then it hit me.

Why the Hell am I still thinking about Peyton Manning?

It scares me, that a professional sport has this much power over me, my thoughts, my disposition. If the Broncos would’ve won (or at least competed), I would’ve, potentially, showed up for life in brighter spirits.

Let me repeat that.  END_OF_DOCUMENT_TOKEN_TO_BE_REPLACED

There’s this album I used to listen to named Eat, Sleep, Repeat. It’s a downer record, for sure, as you can imagine by the title. Lyrically, it explores the cyclicality of life and also the meaninglessness of it.

(I was emo when this came out so BACK OFF!)

can kind of be frightening.

Life can be like that though, so cyclical it often feels purposeless.

I’ve realized since the album’s release that the singer (or character of lyrics, maybe) wasn’t condemning routine; he was just down. He was in a valley. He was also an artist.

(Foolish, I feel now, after adopting his outlook as doctrine).

Artists tend to overanalyze life (or under-analyze life) into whatever they want it to be. If they want to be stuck in a hamster wheel, they will build themselves a hamster wheel or color the world as such. There’s an obvious temper of youth which cloaks the music and message; it’s crazy what you identify yourself with when you’re a kid.

I’ve since discovered that life is naturally cyclical, and that’s alright. We can have good days and bad, good years and bad. Many of us see the big picture and can sail steady through it all. I look back at myself and wonder why I couldn’t. I was hyper-responsive, I guess, the type to get stuck in valleys and curse them only to later summit peaks and praise them, all the while missing meaning, missing the purpose of creation, missing consistency.

How are you holding up these days?

One day, I want to write and record another album. I think I’ll title it

And it’s going to be a happy record, one that sees the good in the bad, one that can sail. “Isn’t it pretty to think so?” Yes. Yes, I think so. 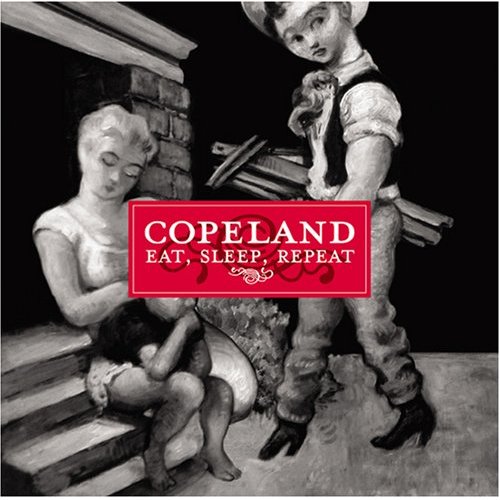