God will never leave you. Have you ever heard that? I have. All my life, it seems. You could call it the core theme of my childhood spirituality. This idea—the one of an omnipotently present God—both intrigued me and frightened me as a child. The good news (back then), was that if God were always around then I’d be bound to catch Him sooner or later.

I’d walk around and flip my neck—like some sort of weirdo—trying to catch Jesus in the corner of my eye. I’d pray and strategically leave enough room for my eyes to peek through… just incase. The freeway held great potential. It made sense to me, “Angels ride on the back of motorcycles.”

“Those aren’t angels,” my dad would say.

My great grandma had the guardian angel over the bridge painting in her bathroom—you’ve probably seen it somewhere along the way. Slightly crooked, her painting rested comfortably in the wall above the toilet—as permanent as God’s Word. I assumed it had always been there and always would be. Most plausibly, the painting was a gift, given by the house itself and birthed from its foundation.

To me, the painting was nothing but a stark reminder—angels watched you pee. I blame my shy bladder on this haunting print.

Then there’s that Footprints poem. (Don’t get me started).

In 200 years, I’m curious if Footprints will be canonized into scripture. Maybe we’ll be giving piggy-back rides in church on Sunday as an act of worship.

“God will never leave you. There’s guardian angels and footprints in the sand.”

An Example or Two

From youth we’re taught the doctrines of our faiths and of God, as concrete as a grandmother’s painting. Then we get older and read scripture for ourselves; sometimes, our doctrines turn to sand. Sometimes we discover our beliefs were never written in stone, but passed down through magnets on a fridge.

A couple Bible passages have recently revealed some startling news. God does, in fact, leave. Often in the most troubling of times, too! I’m not talking Bruce Almighty vacation or anything, but it would seem apparent that He leaves us, individually, from time to time.

I don’t bring this up to unnecessarily riffle any feathers. It’s in the Bible and I believe it’s worth talking about. Hopefully you’ll want to join in on the fun.

Here’s what I’ve got so far:

Maybe it’s in response to sin. Sin is forgiven under Christ; sure, but there’s still consequence. Does God temporarily leave as a consequence to sin? (These may read as rhetorical, but they’re not. I’m asking you).

Maybe it’s an assumption of the Bible writer. Regardless of what you believe about scripture’s origin, it makes sense that each Biblical writer had a cultural and linguistic lens through which he or she wrote.

Maybe God is incapable of leaving his creation. This feels most comfortable to me, though I hesitate saying it. God is not a math function; there is no limit we can assign.

Maybe this was Pre-Jesus. The smart readers/bloggers out there may have a verse or two (or a personal experience) to back this theory up. I’d be interested in reading those.

Whatever the outcome may be, we most likely won’t fully know it anytime soon. Until then, I’ll continue to look for God where I can—in the corner of my eye, in every blade of grass, on the freeway, in my heart, in my friends, in my family, yes, even WordPress. 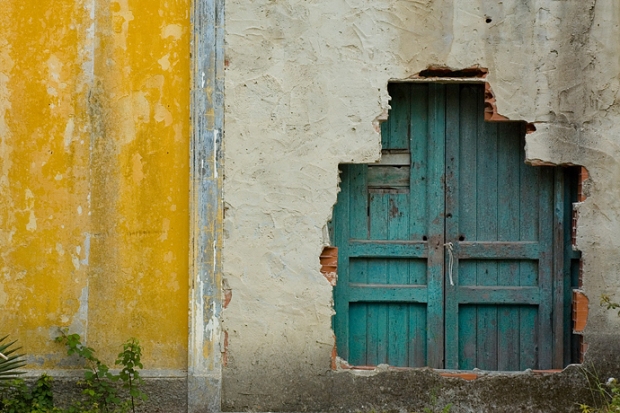 Well, what say, you?

There was an error retrieving images from Instagram. An attempt will be remade in a few minutes.