There are three things I remember about the Dashboard Confessional, Thrice and The Get Up Kids concert in San Jose, California in 2004:

Where do we start?

I sat in the back seat of a smelly car full of high school graduates. We were 18 year olds, idyllic in our fresh angst, speeding with the radio loud, bags of Doritos strewn, gas station fountain drinks in hand — all those cliche snacks from youth I’m still waiting to outgrow — we had what seemed a never ending supply.

Socially, I was a man of many cliques. Never a big partier, a little alcohol at a friend’s house, say, but never could I stomach drunkenness or drugs. What I was was morally malleable. This meant I could make a go at any social gathering with decent success. This particular 2004 outing was unique, socially speaking, for merging three disparate friend groups. I had my party friends, my church friends, and my actual friends. I remember sitting in that backseat with the sobering and unmasking feeling that comes with your friends meeting your other very different friends.

Punk, partier, and Christian — on our way in a caravan to San Jose. Ahead of us lay three rooms in a louche motel with alcohol, cigarettes and concert tickets to the 2004 Honda Civic Tour. END_OF_DOCUMENT_TOKEN_TO_BE_REPLACED

I’ve been fairly poor lately. Staying away from specifics such as budget and purchasing power, I will mention Mac N’ Cheese has been a substantial portion of my daily diet. Mmmmmmac.

This whole “poor” thing has got me thinking existentially. What is life? What is happiness? What control does money have over myself, the individual?

I had one more thought, and it brought me here: Who is better at being poor than punk-rockers?

Punk-Rock is a music genre, scene, and way of life. The punk-mentality doesn’t need money, nor does it need an excuse. Punk-rockers just are. They walk the streets. They smoke. .. Well, who knows what they do. But it seems they get through life being poor pretty alright.

Some of my favorite friends from high-school were the punk-rockers: the mohawks, the black clothes, the best music. I’m not sure what happened to them. Some, I’m sure, looked at the holes in their jeans and turned and headed back. Others turned into philosophy graduates; others, still, traded their jeans for suits and probably work as tellers in local banks.

Regardless, I find myself today, penniless, stuck inside an apartment in Rochester, NY with a cupboard full of Marconi and Cheese and nothing else to do. But it’s Saturday, and I want to do something! Think, Kevin! Think PUNK! 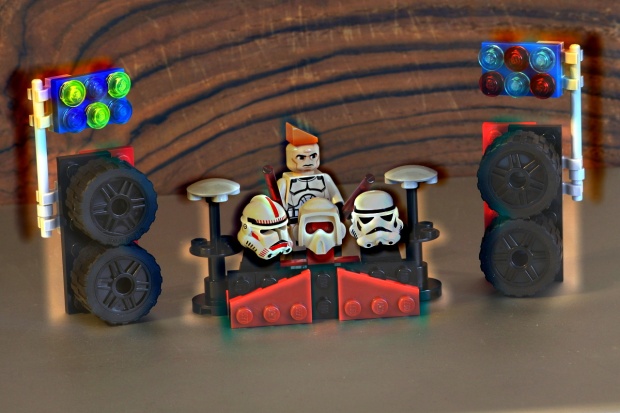 Idea # 1. Demotivate 5K Runners: There’s this 5k Run in Rochester today. The route wraps around both ends of my block; I can hear the clatter and cheer as I write. I’m thinking about going to the end of the block and yelling:

In this vision, I also hand out tiny water cups filled of cheap vodka.

Idea #2. Celebrate the Government Shutdown with a Parade: The parade, obviously, would consist of punk-rockers walking down main street blasting Bad Religion from their 80’s boom-boxes. This vision works best when everybody has their own boom-box and plays a different song. Total anarchy.

Idea #3. Shoplift from Goodwill: My punk-rock friends used to say this: “What are they losing if they get it for free?” I’ve never been able to answer that question in full confidence. Goodwill, more like good steal!

Shoplifting in New York is trickier than it is in the West Coast. Here, almost every store has a security/loss prevention guard. What better way to exercise my beliefs against the man? (and exercise!)

Idea #4. Argue Music Selections at Record Stores: 85% of punk-rock is hanging out. What better place to do this than in a record store? Just walk in and browse, wait for someone to choose a bad record and you have something to do for fifteen minutes. Start with this, “Are you serious?”

Idea #5. Start a Punk Rock Band: The best punk-rock comes from having nothing to do (and no purpose to do it with!). This is me! I think I’ve realized why the Lord sent me to Rochester. Obviously, it’s to hate the man and make loud music. 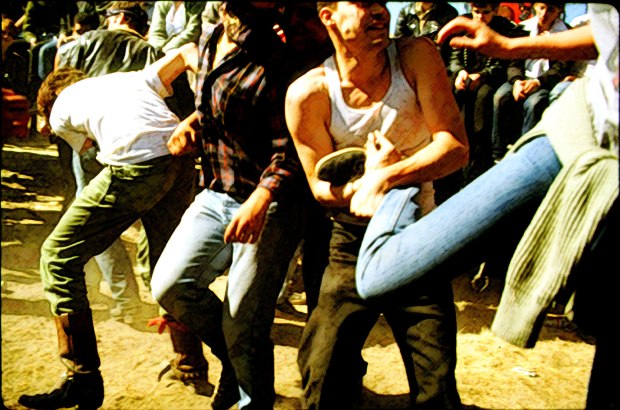