The sky wasn’t dark but it was getting there. My phone had 8% battery charge left. My sunflower seeds were almost gone. I was sick to my stomach — with myself, the media, Internet readers. All this bullshit, because of a rumored sex tape.

I thought back to how it began — an email I thought was a prank.

Are you interested in working for the NY Post today? We need a local reporter to cover the Rachel Dolezal story.

Rachel Dolezal, if you remember, is the white woman who pretended to be black. Err, the transracial woman. At the time, she was making national headlines for being ousted by her parents; she was also the president of the Spokane chapter of the NAACP.

The email I received went on, outlining details of a one-time payment in exchange for eight hours of work. It was signed by an editor/reporter.

Sure, I thought. Yeah right.

Obviously my friends back in New York were making fun of me. See, two weeks prior I had moved from Rochester, NY to Spokane, WA. I was an easy, serendipitous target, as Spokane was steeped in national controversy. I promptly texted my friends and revealed the screenshot: “Ha ha. Very funny guys.”

Really, I was pissed. I was broke and desperate for work after yet another cross-country move — this time post-college. I was living in my parent-in-law’s basement with an interesting amount of credit card debt.

A text returned from my friends. “It’s legit,” they wrote. “We looked the editor up.”

Sweat dripped onto my phone as I hastily replied to the email, my fingers tapping like a jackhammer as if oil hid below my screen: “Yes, yes! God yes! I’m a broke writer in need of work! Will do nude.” I erased the draft, composing myself, returning with tempered thumbs.

Hello, is this job still available? I have cleared my schedule for the day.

END_OF_DOCUMENT_TOKEN_TO_BE_REPLACED

Like a pack of baby seals conscious of the ever-pervasive and always hungry predator, writers stick together. One question I often hear is, “How can I make money on my writing?”

My answer is usually the same: build a blog, makes business cards, and network until you bleed.

Kevin: “Whatever they want.”

They say: “What if I’m not qualified?”

Them again: “Do pigeons crap in the winter?”

Me: “Weird question, but yes. Then you’re qualified.”

There are too many obstacles keeping writers from working professionally. The biggest one is insecurity. That’s how it was for me, at least. I had been writing (creatively) since I was 10. Yet, I believed — before I could ever sell my skill — that I needed to be a perfect writer, that I needed to reach some rarefied echelon, some snooty status.

Then I realized: The only way I’d get there is if I started writing. And if I did it all the time.

Then I realized: I didn’t need to be Hemingway to write a business blog. Or advertising copy.

So then: I wrote.

And then I found: Most of my clients couldn’t write a sentence to save their lives. Or they hated the effort it took. Or they just didn’t have the time. Whatever it was, they needed my help for a reason. To them, I was the second coming of Hemingway or (depending on the client) Dr. Seuss. END_OF_DOCUMENT_TOKEN_TO_BE_REPLACED

This week, you can find my writing at three different online outlets. What the kids call, “the web.” 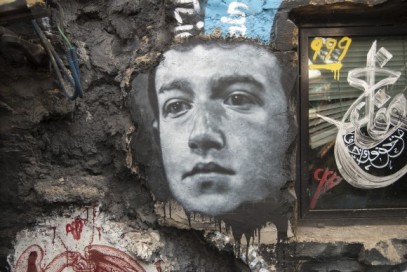 Next, hop on over to NEXUS-NY for a look at their brand new magazine called “Clean Energy.” I wrote two articles for them and I couldn’t be happier for how the issue came out. My first article is called “Pure Quantum.” In it, I feature a clean tech startup from Cornell who is manipulating and manufacturing quantum dots for the solid state lighting industry. Whew. It’s more interesting than it sounds, I promise! My second article is an interview with Dr. Stanley Whittingham. In the 1970’s, he discovered the technology which led to rechargeable lithium-ion batteries. Both articles, as well as the whole magazine, can be viewed for free here.

Also, I was quite intimidated and stressed writing these dense-ish, high tech articles over summer. Seeing them in print is an accomplishment I won’t soon forget. END_OF_DOCUMENT_TOKEN_TO_BE_REPLACED