Forget Barack Obama and Donald Trump, Bill Maher is America’s most politically polarizing living figure. Whether you like him or not, Maher is one of those people you see on TV and go, “I wish I could talk to that guy, just for 15 minutes.” Not because of aligned political ideals, or because of simple celebrity, but rather, because Bill Maher is informed, convicted and unafraid to talk about his beliefs. I got my 15 minutes, thanks to Spokane Coeur d’Alene Living magazine, and those minutes were enthralling. To be honest, I could barely keep up.

Say what you want about Mr. Maher, but you have to hand it to him: the guy is an entertainer — always on and ready to talk. Speaking of that, Warning: Explicit language!

Between Real Time with Bill Maher, HBO’s Vice, and a national stand-up tour, I’m curious: Are you so busy that you have to stop through Spokane just to pick up some legal weed?

[Laughs] Believe it or not, it’s actually legal where I live in Los Angeles. See, I have a medical marijuana card to treat my infirmity. I don’t remember what that infirmity was, but I do know that marijuana is very helpful in treating it.

Being an outspoken proponent for drug legalization, do you see Washington and Colorado as the first dominoes to fall?

We’re hopeful of that. There are some unfortunate rearguard people. Chris Christie is very much against any sort of legalized marijuana. Because, you know, he’s very disciplined about what he puts in his mouth. [Drug legalization proponents] have waited. Obama fixed the economy, healthcare, gay marriage, he opened up Cuba, he made a climate deal with China, and a nuclear deal with Iran. I’m hopeful his last thing out the door will be … Weed! “Weed, bitches!”

Turning to the 2016 presidential race, it seems like both a comedian’s goldmine and low hanging fruit. How do you maintain a balance when writing? END_OF_DOCUMENT_TOKEN_TO_BE_REPLACED

The political cycle which gets our president elected is a vicious, deceitful, and economically inefficient one. So on Tuesday I probably wont support it. Here’s some things to think about:

Now before I go on I must clarify that, yes, I will be voting on Tuesday. In national election time it’s easy to pack the term “voting” into “presidential voting”. I’m convincing myself to stop that. So when I say I wont vote for a president, it doesn’t mean I wont vote locally and regionally. So CHILL.

A few months ago I had a conversation with a nice, older lady who happened to be a Ron Paul evangelist. I remember her telling me “Mitt Romney couldn’t be trusted,” and that he was “no different than Obama.”

Recently, I saw her again and asked about election day and what she would do. I was expecting a lament about the country’s unfair election cycle and invitation to protest.

“Well,” she replied, “Mitt’s better than who we have in there. AND he’s a businessman.” I was shocked. Where was the conviction? What happened to being an evangelist? Can Fox News really sway people that fast?

Finally it hit me; this lady wasn’t intentionally selling out her values, she was just doing what she thought was normal. I guess it makes sense to vote for Romney if you don’t like Obama, but what if you also don’t like Romney? Then it doesn’t make sense. What about a good third option? If we’re to keep in line with the high standards of checks and balances our country is known for, shouldn’t we have a legitimate third choice?

I find the primaries are similar in experience to watching Joe Carnahan’s 2011 thriller The Grey. Characters are introduced only to be eaten alive by wolves.

I’m not the first to complain about this, I’m sure I wont be the last. The Center For Responsive Politics (non-partisan based) has released a survey stating over $1 billion has been spent on the presidential election so far. That is kind of a lot to spend on T.V. commercials and door hangers.

How about a cap?

As the election draws near, and the ads become more frequent, every commercial, phone call, or door hanger is theoretically more futile than the last. Any entry level marketing class will warn about loosing a message in the noise. Economically speaking, it’s an inefficient way to spend a billion dollars.

These are the people we elect to cut the deficit. 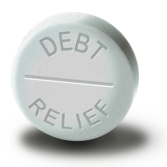 This brings me to my last and final point. If none of my central concerns are satisfactorily being addressed, such as realistic plans to solve the debt crisis, then why would I still vote? You’re not offering to solve the issues I believe are important. Either of you.

I’m trying not to ramble so I will stop here. What are your reasons for voting/not voting?